With school back in full swing, security is probably the last thing on the minds of students and teachers. But it’s never too early or too late to put your school’s approach to security under the microscope. For most educational institutions in Ontario, that examination should start with video surveillance—including not just the system itself, but also the policies that govern its use.

Security cameras have been mandatory for Ontario elementary schools since 2013, and similar moves were made across the country after a number of high-profile tragedies in the US.

Given that fact, along with the widespread use of video surveillance beyond school property—in shopping malls, on public transit, outside homes—most students probably don’t even realize they’re on camera.

Still, the benefits of a proper CCTV system can be felt in a variety of ways.

1. Protection for students, staff and faculty

First and foremost, security cameras in schools are designed to ensure the safety of students, staff and faculty. This includes monitoring entrances and identifying unauthorized visitors to help prevent incidents, especially when used in tandem with an access control system.

But when placed out in the open, security cameras can play a proactive role, deterring incidents before they happen. This goes against the idea of hiding cameras to catch violence or vandalism, which can also raise mistrust and privacy concerns.

For some, the use of video surveillance even has a reassuring effect. As noted in a 2015 report by the Toronto District School Board entitled “School Safety and Engaged Communities”, students interviewed by TDSB staff said the presence of cameras in school made them feel safer. For female post-secondary applicants, it’s easy to see how security could make one school more attractive than another.

Students aren’t the only ones whose safety needs to be protected. According to the Elementary Teachers’ Federation of Ontario (ETFO), violence by students against teachers is on the rise.

While the union is calling for more front-line support staff, video surveillance could help piece together events in these cases and give teachers an extra level of security.

Of course, these days, security cameras are just one part of an integrated security solution that can include access control, specialized locks, intercom systems and more.

The debate on technology in the classroom is ongoing, but certainly there’s a role for security cameras in protecting expensive equipment from theft or vandalism. As investments in technology rise, it only makes sense to boost security accordingly.

Well-placed security cameras can be used to monitor equipment, even under low-light or no-light conditions thanks to the night-vision technology used in many modern cameras.

Video surveillance has a role to play outside too, especially in secondary and post-secondary schools. Here, large parking lots present plenty of opportunities for car theft or vandalism; it’s important to use the right kind of camera in the right position. 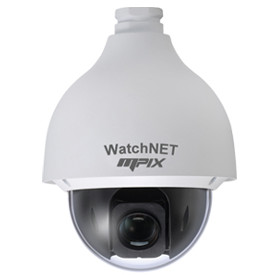 This WatchNet Full HD Network Mini PTZ Dome Camera comes with a vandal-proof dome, IP66 rating and is designed for use day and night.

Outdoor HD security cameras are specifically designed to deliver clear picture under changing light conditions, and come with varying degrees of protection from adverse weather such as rain, dust and wind. Some even offer added protection against vandalism.

3. Peace of mind for parents

Not surprisingly parents have been among the most vocal about improving security in schools, especially those parents with young children. Security cameras provide peace of mind that their children and all school entrances are being monitored, which has become an increasing concern in recent years.

Not all video surveillance systems are created equal though, and the effectiveness of these systems still ultimately depends on the people in charge of them.

As mentioned in the 2015 TDSB study, “many of the camera systems in the Toronto District School Board are aging, and there is no on-going maintenance program for the existing CCTV or DVR systems.”

Considering a video surveillance system for your school or facility?

Implementing security cameras in schools does raise some concerns, especially around privacy. This includes not only the placement of cameras, but policies to manage and restrict access to data.

In fact, it’s such a controversial topic that provincial governments issued their own guidelines for video surveillance in schools and public settings. The widespread use of IP security cameras makes it even more important to respect the power of modern technology.

That means, among other things, taking proper precautions with passwords and setting up a regular maintenance schedule. 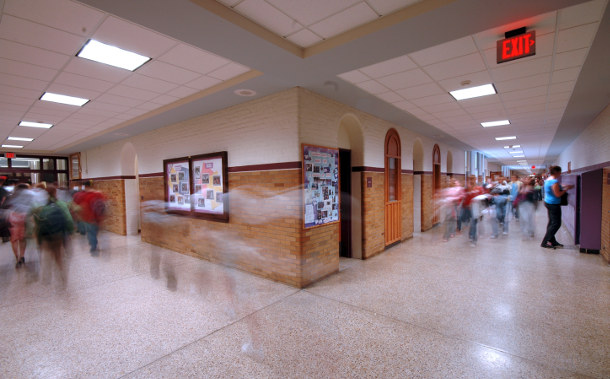 Finding that balance between privacy and security isn’t easy. And every school—like every home and every apartment building—brings its own set of circumstances. Elementary schools, for example, tend to be smaller and more self-contained, while post-secondary campuses can sprawl out into areas the size of small towns.

That’s where a professional approach can help—not only ensuring the best return on your investment in a CCTV system, but helping your school walk that fine line between security and privacy.

For more information on video surveillance, visit https://abcsecurity.ca/products-category/video-surveillance/ or call 416-614-7777 to speak to an expert at ABC.

prev: The Ins and Outs of Parking Lot Security next: IP Video Surveillance and the Effectiveness of Analytics Software