Mapping Out the Future of Physical Access Control Systems

Mapping Out the Future of Physical Access Control Systems

To the sci-fi enthusiast, retinal scanners and fingerprint sensors are nothing new. In fact they’ve been around for decades, first used as a form of physical access control by the FBI in the 1970s. Since then widespread adoption has been a slow, sometimes fragile process.

According to a new report, that’s about to change.

The report, conducted by Grand View Research, looks at the fingerprint access control market with an eye to the future. In 2015, the US market was estimated to be worth USD 2.84 billion. Ten years from now that number will likely reach USD 11.88 billion, according to projections.

But it won’t be smooth sailing if recent consumer surveys are any indication. According to YouGov’s “Study on Authentication Methods on the Internet: Passwords or Biometry?” 58% of respondents prefer passwords as a method of accessing the internet. Only 10% favoured fingerprint sensors, while even fewer, 2%, chose voice recognition and facial recognition. 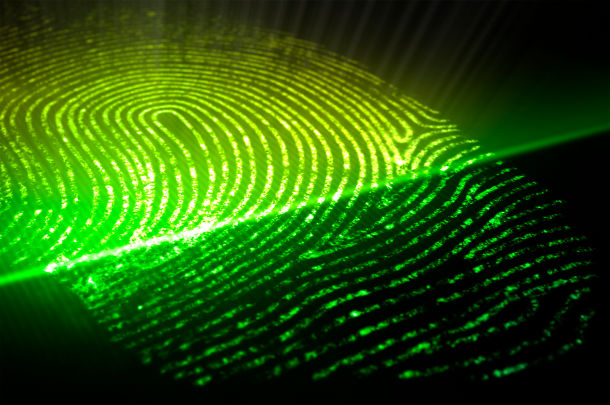 That’s in spite of increased concerns over online hacks and data breaches. Not to mention the difficulty of generating, remembering and safeguarding secure passwords for every account.

Government and enterprises have so far led demand, but the consumer and commercial markets will catch up

Not surprisingly, the market study by Grand View Research found that governments have been the earliest adopters of fingerprint access control systems. The security-sensitive nature of their work environments, coupled with external threats like terrorism, has driven the push toward biometric door locks and authentication methods.

These have proven not only more secure forms of physical access control, say the authors, but more convenient too.

Likewise, to meet its high-security needs, the banking, financial services and insurance (BFSI) sector is already increasing its use of fingerprint authentication for access entry systems. By 2024 it will make up a significant proportion of the overall market, according to the report.

In the next few years, it’s expected that consumer and healthcare segments will drive the demand for fingerprint access control, helping turn it into a mainstream technology. We’ve already seen examples of biometric authentication used in smartphones and banking apps. Going forward, that’s likely to increase with growing demand for more advanced and easier to manage security.

Part of the delay could also be due to misconceptions about biometrics. Consumers are still understandably weary of a technology they’ve seen exploited in movies and on TV.

As with most forms of technology—security or otherwise—cost is a major factor in adoption.

Though gradual, there has already been a shift toward affordability in the fingerprint access control market. This, according to Grand View Research, has increased demand for the technology across the world.

The trend isn’t unique to biometrics. Access control systems and security products in general are becoming more affordable as the technology behind them becomes more prevalent and competition between vendors grows.

Even within the category of fingerprint access control, the type of technology used can impact price. As noted in the report, capacitive fingerprint sensors offer a more cost-efficient solution than optical sensors—the dominant form today.

Smartphone makers Samsung and Apple have already been incorporating capacitive sensors into their products for some time. As opposed to optical sensors, which detect fingerprints using a special light, capacitive systems employ capacitors that emit a small electrical current to distinguish between peaks and valleys of the fingerprint.

By removing one of the biggest barriers to adopting biometric access control, the industry can help client organizations of all shapes and sizes increase security, without spending a fortune.

Back to the present

Although the future of access control looks bright, you might not be ready to make the switch to fingerprint sensors or facial recognition just yet.

Fortunately you don’t have to wait until 2024 to improve your facility’s access control system. We supply and install a wide range of advanced products by the industry’s most innovative brands–from wireless entry systems with data encryption and real-time door monitoring, to event auditing and the ability to create set access schedules by user.